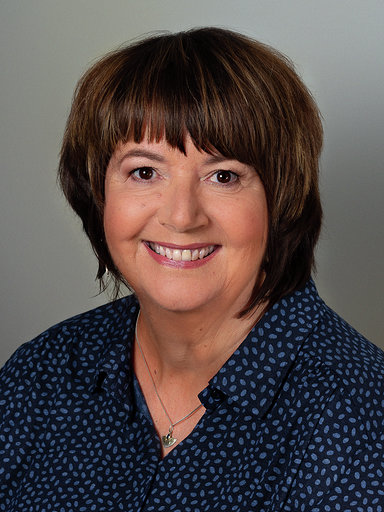 The debut novelist delving into Irish myths and legends

INSPIRED by the discovery that her family name was derived from a pagan Irish tribe, a former Ripon Grammar School pupil has published her debut novel about the early life of Saint Patrick.
Packed with suspense and intrigue, The Missionary, by Rowena Strittmatter (formerly Kinread), explores the myths and legends surrounding Ireland’s patron saint and interprets them for a modern reader.
Rowena, who left RGS in 1974, explained how she was able to finally fulfil her desire to write fiction following her and husband Franz’s retirement from the physiotherapy practice they ran in Germany.

MUST-READ OF THE WEEK: THE MISSIONARY

The Missionary by Rowena Kinread is a vivid and authentic work of historical fiction that retells the life of Ireland’s patron saint, Saint Patrick, in dramatic fashion.

Set in the fifth century A.D., The Missionary is an ambitious and impressive debut novel recounting the life of Ireland’s patron saint, Saint Patrick—or ‘Patricius’ as he was then known.
Right from the beginning, the pages of this historical novel are brimming with life, drama, and plot twists.

We enter the journey with Patricius, aged 16, living in the British-Roman village of Bannavem Taburniae, where he spends time studying, working the land and lusting after a young woman, Flavia. His life is soon upended when Gaelic pirates come, burning his village and taking villagers— himself included—captive. From there, he is taken by boat and sold as a slave to the cruel underking of the pagan tribe Dalriada in the far north of Ireland. Here, the book goes into brilliant descriptions of the fresh horrors that the teenage Patricius faces as he is incorporated into this brutal land. A particularly evocative scene is when the captives all land on shore, sharing news with each other of whom they had seen butchered. Patricius’ friend Pliny, along with many of the women, is raped. Patricius is forced to march for days through forests. He witnesses his captors performing primitive acts to appease the many gods they believe in, such as throwing silver in rivers to ward off storms and afford them safe passage, and realises that they are pagan. Once the slaves arrive at their destination, a ring fort settlement in what is now modern-day Antrim, Patricius is forced to tend livestock while being subjected to constant degradations and savage beatings by his masters. After six years of hard labour, living in appalling squalor, he finally finds a chance to escape by boat, venturing to the west coast of France. From there, he travels to Italy and then to the Island of Lerinus before, with a growing sense of spiritual need, he returns first home and then back to France to study theology and become a priest. Now deeply wedded to the Christian faith, and haunted by visions of Irish people begging him to spread the word of Christianity, baptise them, and redeem them from eternal damnation, he recommends himself to the pope to fulfil this mission.

The pope gives his assent but the fulfilment of this sacred duty—which constitutes the second half of the book—does not come without significant obstacles.
Not least of these is the hostility shown towards him by the resident priestly class, the druids, and high king Laeghaire.